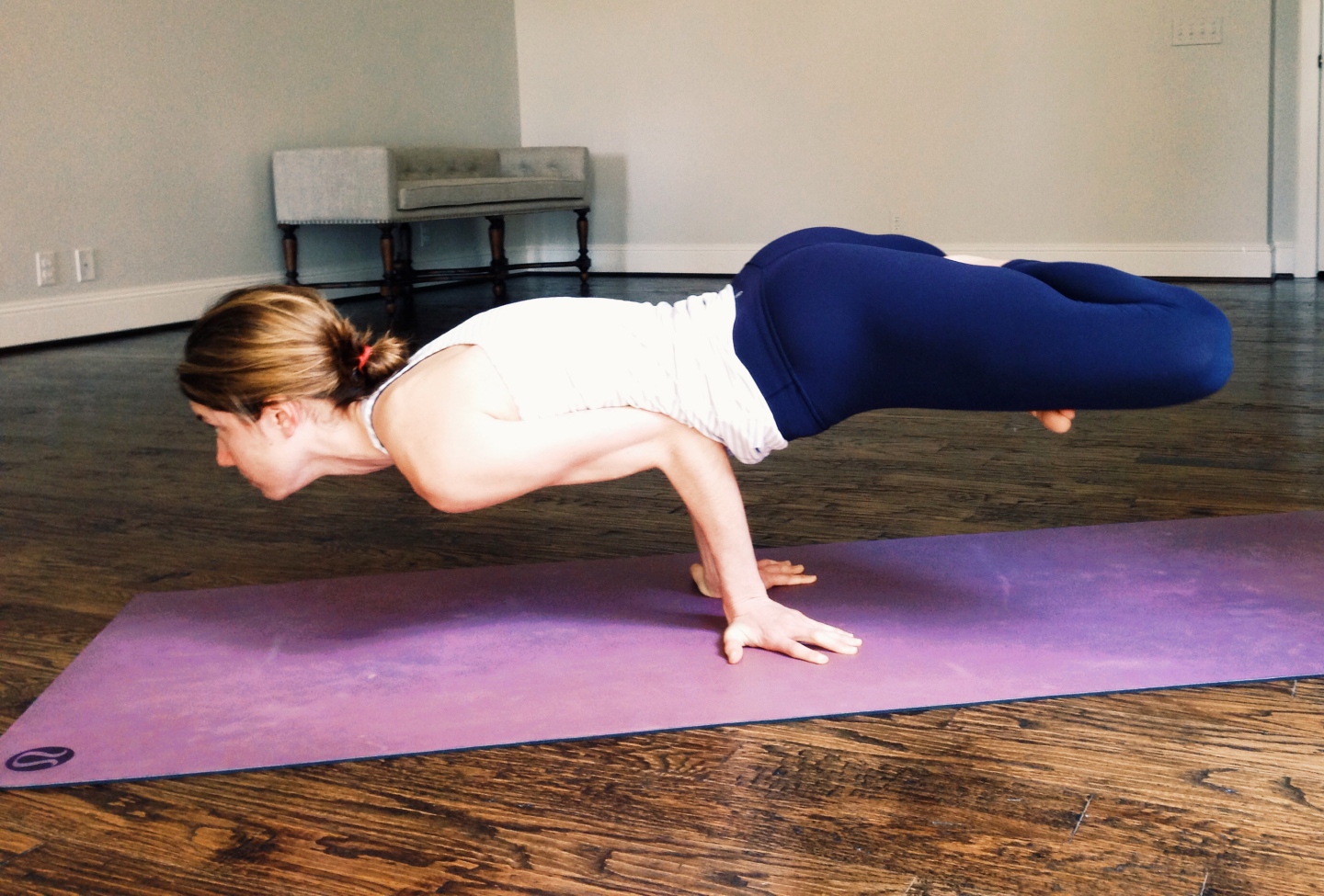 A series of serendipitous events led me to Austin.

When I came home from college, I wanted to do more yoga. I found a studio. I began going. Religiously. Everyday. I had this idea of making “yoga-friends.” I wanted to emulate the strong, happy women around me. I wanted to be friends with the teachers. I wanted a life like that. What was a life “like that”?

I began thinking how fun, how cool, it would be to be a yoga teacher. But I quickly thought, “I am not advanced enough, strong enough, experienced enough.” I kept it there, in the little corner of my mind, saved for daydreaming. I filed it away with the other “what ifs.” I kept it quiet. I hushed it.

Then, in December of 2014, I began slipping it into casual conversations. “How cool would it be to be a yoga teacher?” “How great would it be to teach?” “I think I would like that; I think I could be really happy.” Usually the other person would agree, and we’d go on with another thread of conversation.

Then I ran into a series of events that I call accidents.

Side bar – When I named this blog Accidentalism three years ago I loved the idea that accidents string together to create events and opportunities, travels and stories, meetings, relationships, memories. Now, I don’t know if I believe in accidents. Or I have a different idea of accidents. Accidents are occurrences that we cannot fully comprehend. Things that happen that seem funny in their littleness, but they seem little only because we are blind to their bigness. Accidents are ever-present. They are opportunities, if we choose to see them as such. Accidents have purpose; the chance is whether we are present enough to ascertain them and seize them.

So I took notice of some specific related accidents. A visiting girl at work asked me if I was a yoga teacher: “You’re a yoga teacher, right? No? You just seem like you would be.” For some reason I took a huge sense of pride from this casual comment.

A stranger that I met and befriended over the course of a week told me that he could see me as a yoga teacher. Teaching classes and writing. He told me he could see me light up about it. He looked me in the eye and – in a kind of Obi Wan moment – said, “Do it. Why wouldn’t you chase that?”

Frankly, I was shocked at the truth of it.

I listened to these accidents. I linked them together. I decided to follow their crumb trail. I enrolled in a yoga teacher training program in Austin, Texas. Without ever going to the studio. Without ever having gone to Austin. Two weeks later, I drove to Austin with every pair of stretchy pants I owned.

And, I soon realized, that each of the other six women in the program had followed similarly “accidental” paths to the training. One literally found a bag of money on the side of the road to pay for the program. That is real. That was that sort of serendipity at work here.

And accidentalism rewarded me hugely:

The phrase from teacher training that sticks with me most from the past few weeks is one of the 10 Tenets of Baptiste Yoga: leave people in their greatness. To do this, one must first find people where they are, then excavate them from doubt and fear, give them tools so they can empower themselves, and, finally, have them recognize their own greatness. Reciting a yoga sequence is only a beginning to a bigger story.

In the yoga practice, our bodies are undergoing physical, neurological, and emotional movement. The seven chakras aligned along the midline of our bodies store emotional histories from each stage of our development, beginning before birth. Yoga poses affect specific chakras and can bring up or release deep-rooted feelings. Therefore, each pose, each cue, lands differently on each person because of his physical and emotional history up until that very moment. Leaving people in their greatness means giving them tools to best work through their doubts and fears. These tools are proper and safe alignment, breath guidance, and mindfully set intentions.

Each pose also evolves with form, action, and alignment. I have found greatness in my practice throughout the training through the amplification of muscle and organic energy. I can feel my spine becoming suppler. I can feel myself standing taller and firmer, yet somehow more lightly. I can feel myself stronger in every aspect of my physical life. I fully believe in the idea of strength married with flexibility for health and happiness.

Historically, yoga is a moving meditation. It is India’s mature answer to the question, “Who am I?” Through yoga, yes, I have found that my hips are more closed than open, and that I have some spinal flexion. Through training I have discovered that it takes me a lot of energy to be super outwardly enthusiastic, that I tend more toward water and air than fire. But perhaps more importantly, I know that I rise to challenge, that I grow stronger daily; that I strive for peace and happiness each day; that I am automatically, almost stubbornly, optimistic.

The practice is as much an inquiry for me as teacher as student. I am now learning who I am as a teacher. I view teaching as being “for,” as being a cause. Yet, I am finding that this concentration on the other symmetrically uplifts the self. Yoga creates community because it fundamentally places us in relationships – teacher to student, teacher to teacher, student to student, self to other, self to self. Somehow, what I most take away from this string of accidents, is beautifully, and fittingly, summed up in the Sanskrit “Namaste” – which means “not me, but you.”

I know that I am unsure of the future and that my practice grounds me in the moment.